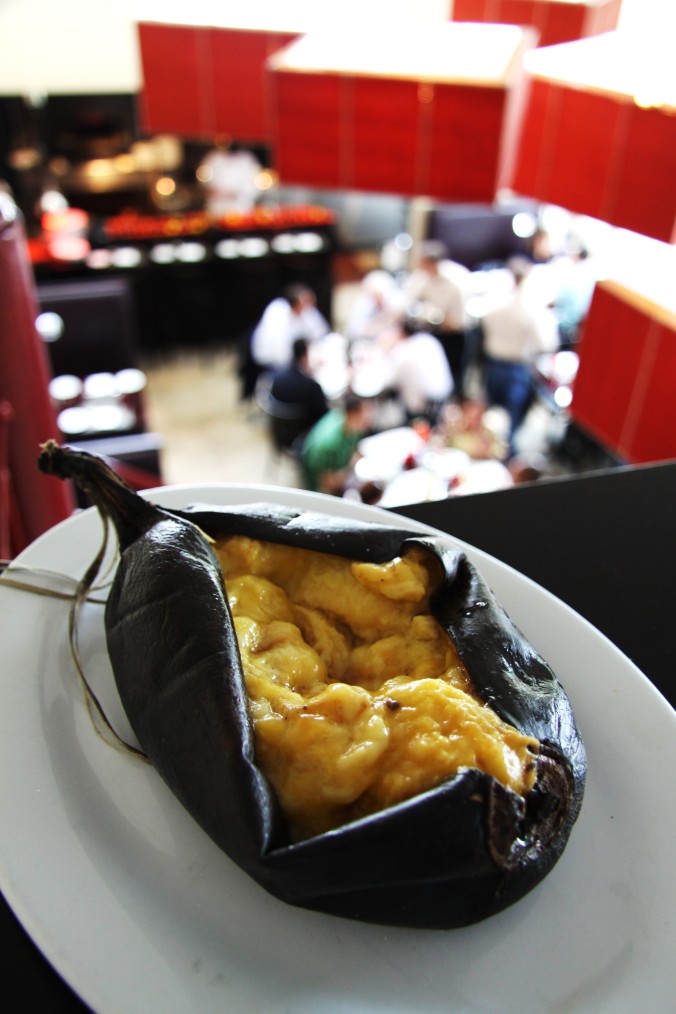 A ripe Hua Moa (naked and mashed above) is custard-like. Michael and Hedy say it tastes like banana cream pie.

Perched on the food bar today is a stalk of Hua Moa, a rare banana-plantain cross brought to South Florida from the Pacific Islands in 1960 by William F. Whitman Jr., a self-taught horticulturist who became renowned for collecting rare tropical fruits from around the world and popularizing them in the United States.  The sample is courtesy of Slow Food Miami’s Donna Reno and Noel Ramos, who hooked us up with Larry Siegel, a Brooklyn-born fruit tree grower in Davie, FL.

“I lived in Brazil for a while and liked exotic fruits,” he explains.  “I started with lychee, cherimoyas, longans, avocados…  They took a big hit during hurricanes Irene and Wilma.  Coconut, papaya, and bananas always hang on!”

Siegel’s been at it since 1996, and his 35 acres are divided into rows that intermix the different tree varieties, alternating coconut, then banana, then coconut, etc. It’s a technique that benefits both, promoting good growth and taste.

Hua Moa was originally from southeast Asia but was carried to the South Pacific in canoes and rafts to the Marquesas Islands and then on to Hawaii.  It’s now cultivated in South Dade by a handful of small growers like Siegel. It is the only place in the continental United States where they are found. Slow Food  Miami is co-nominating the Hua Moa with Slow Food Hawaii for Slow Food USA’s Ark of Taste,  a catalog of over 200 delicious foods in danger of extinction.  Read more about the Hua Moa below, and the Ark of Taste here.