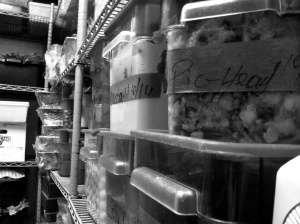 Last night’s Palmetto Creek Farms smokey pig head pot pie was a hit with servers at pre-shift and in the dining room. Kudos to the kitchen. We interviewed sous chef Matt Hinckley to better understand the context of this dish, especially the importance of why we are always trying to use the whole animal on our menu. 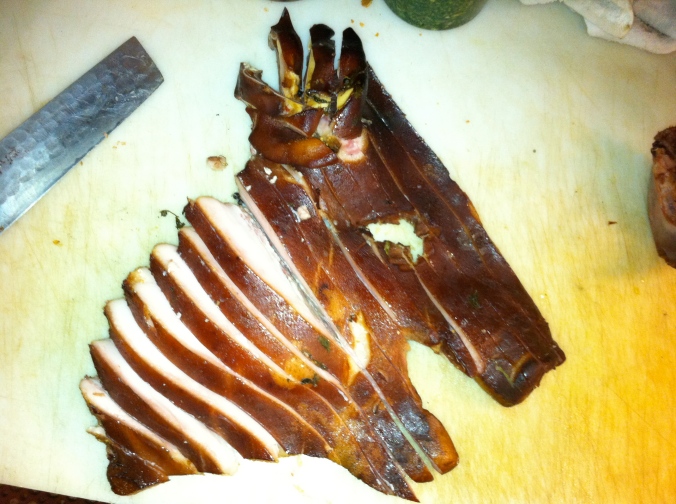 The head got a light smoke over cherry wood, similar to our pastrami process; house smoked bacon goes a bit longer.

So was this the first pot pie of the season? Are you planning to do more with different fillings?

This is the first pot pie of the season. I chose to do a pot pie because we are leaning toward rustic fall-inspired dishes as the weather starts to cool down. We may do more in the future but it will largely depend on the feedback that we get from our trial run. I would have loved to use heirloom carrots from Little River Market Garden but we must wait on Mother Nature for that. I also would love to find some local milk to use for the béchamel but it isn’t easy to come by. 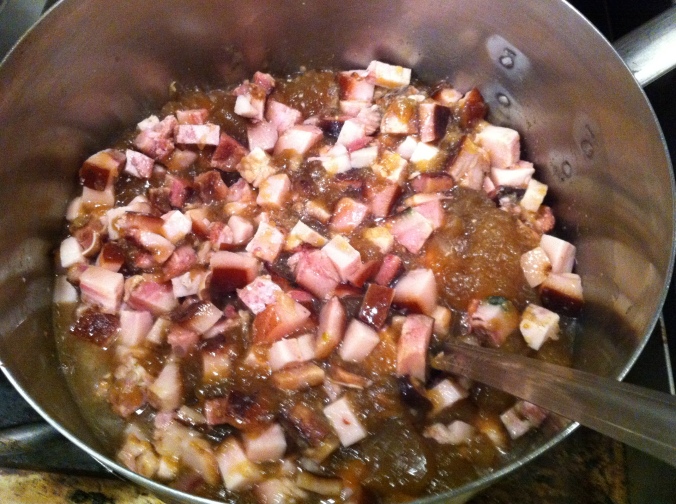 The pot pie filling came together much like our head cheese, but with bechamel incorporated to finish.

Were you pleased with the final product? Anything you would change, just to mix things up even if it was successful?

I am pleased with the final product. I think that it represents Slow Foods well and the importance of nose-to-tail eating. Sometimes we get raised eyebrows from the front-of-house staff when we put tongue, tripe, brains, testicles, etc. on the menu. We offered one of the pig head pot pies for them to try and had a very positive feedback. It’s a very luxurious texture and if I didn’t tell you it was pig head you would probably guess pork belly.

How many were available and did we sell out last night or will it be on again tonight?

We have about 30 portions available. We ran it as a verbal special last night because we weren’t sure whether we would have time to finish it before the menus printed. It will very likely make another appearance. 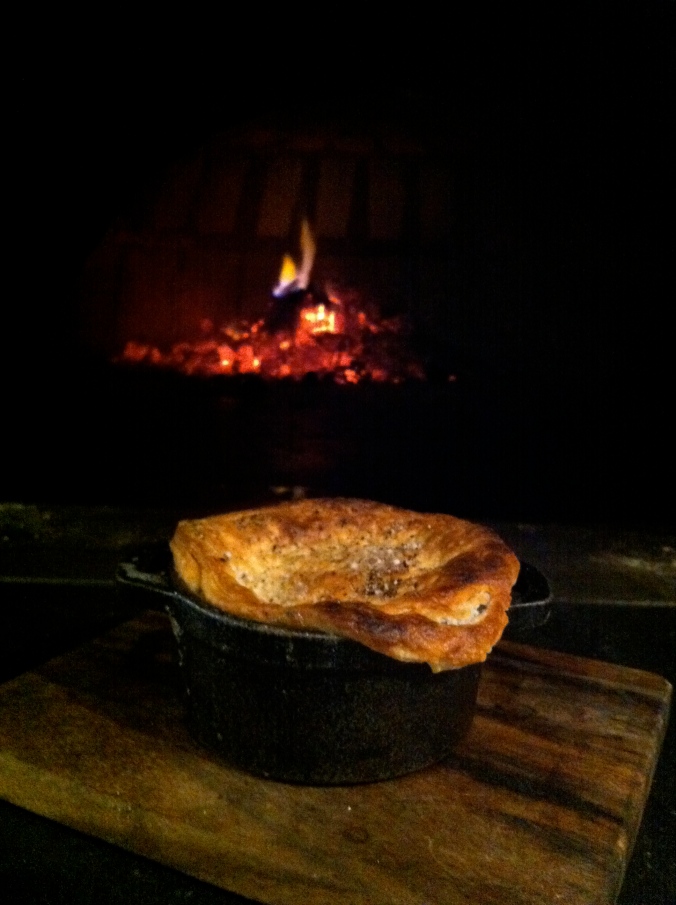 Do pig heads always bleed from the nose posthumously when they’re smoked? Some of the photos you sent of the process are a little grotesque.

I will agree that some of the photos are a little gritty. Pigs bleed. But I also think that it is important to understand the tremendous sacrifice that it takes to put meat on the table. There is a huge separation between consumers and animals these days and most meat that people buy in the grocery store comes in neat little packaging without bones. The system makes it easy for consumers to forget that there is a face behind the package. We don’t buy pig heads because we think they are fun to look at. We buy the whole animal out of respect because we believe that the pig tail and the pork tenderloin are equally important. If you disagree, ask the pig. We cross-utilize all of this throughout the whole menu. We had Palmetto Creek Farms pork in Manny’s amazing sandwiches for lunch and on pizzas for dinner. We have hams brining for Sunday brunch. We will use it for in-house charcuterie like pate, chorizo, bacon, and pancetta.

What other things have we made by smoking a whole pig head?

In the past we have had Crispy Pig Head, Headcheese, Porchetta Di Testa, Smoked Pig Head Ravioli, and several other pig head inspired dishes make appearances on the menu. Pig Ear Salad and Crispy Pig Ears have become favorites amongst the locals. And Brad often uses the cheeks to make in-house Guanciale.

Are you surprised with how it sold?

Yes. The dish did well for a weekday night. Friday night dinner service will probably see the last of it. Unless I hide some away for a special sneaky appearance.

Why did you settle on this name? Is there a risk that it might not sell?

There is always a risk that it won’t sell. But we run that risk with new salads too. The bottom line is that it has to taste good. And when it is pig heads, or feet, or tails, it has to taste GREAT because most people are already skeptical. I think the name fits well. Were not trying to hide anything here. We could have called it “Smokey Pork Pot Pie” and sold three times as many. But it is important that people see it for what it is: a responsible and sustainable approach to cooking that respects the whole animal.

6 thoughts on “Talking Snout to Tail with Sous Chef Matt”