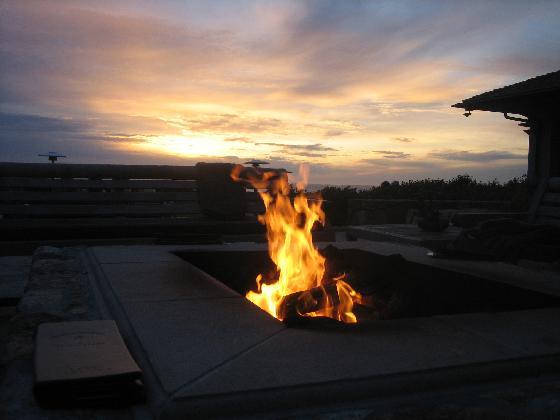 We're fired up about our trip out west, especially this sunset at Pebble Beach.

You may have noticed some California love on our events calendar.  We’re heading out west at the end of April, where Michael spent some time cooking early in his career (for Wolfgang Puck at Chinois.)  The first stop is the Inn at Spanish Bay to participate in one of the world’s most picturesque and talent-rich culinary festivals. Then we’ll head down to the City of Angels where a pair of chefs known for their carnivorous leaning have offered Michael their restaurant kitchen for a night. Could it get any better? I don’t think so.

One thought on “Unleashing the Genuine Animal on the West Coast”