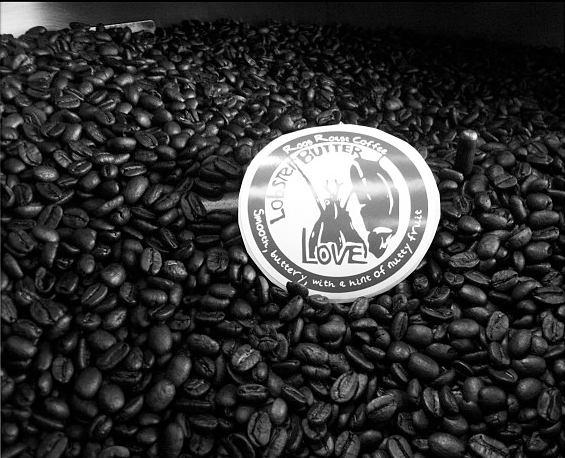 Lovin the lobsta at MGFD.

At a back corner banquette during a packed Friday lunch, while the Harry’s pizza oven chefs waded through the weeds; two old friends, chefs, and coffee connoisseurs caught up on a haphazard history of restaurants and road trips, while I learned that the man behind RoosRoast Coffee is as passionate about coffee as he is about pizza, meatballs, and his wardrobe choice (bleach stained from cleaning the shop.) 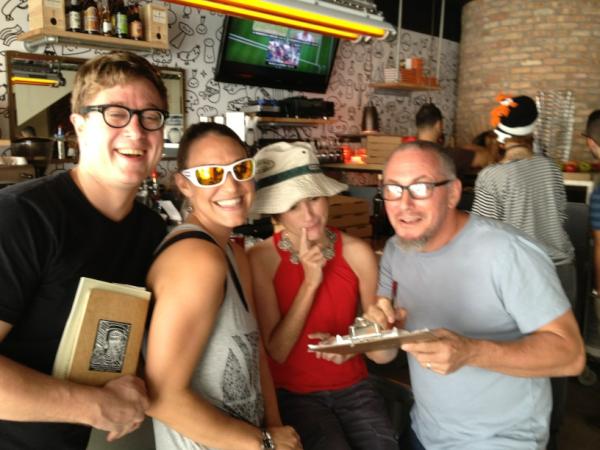 (Left to right) Eric, me, Jackie and the bossman aka the TGHG welcome wagon yesterday at Harry’s Pizzeria, playing dress-up, RoosStyle.

A few minutes before, Michael Schwartz had picked up his friend John Roos, wife Kath, and their 2-year old son Jozo, from Miami International Airport, after landing from 100°F Ann Arbor, Michigan. The first stop, of course, was Harry’s Pizzeria. Roos is in town for a coffee training at Michael’s Genuine Food & Drink, which serves his ”Lobster Butter Love” roast as its exclusive drip.  Two years ago, when MGFD began carrying RoosRoast, Jackie interviewed John here, and today while “mmm”ing over the meatballs, polenta fries, orange & radish salad, and  slow roasted pork and rock shrimp pizzas (on the rock shrimp, “Dude, that’s an award-winning pizza,”) John filled me in on what’s new at RoosRoast.  And what’s never going to change.

Yeah, it is! I refined everything, I really run it like a restaurant.  You know most roasters roast a ton of coffee at the beginning of the week then fill the orders as they come in, but we actually wait for orders to come in, then roast it.  So, if you place an order with us on a Monday, it will be roasted and then shipped out Monday afternoon.

And you have a cafe?

Yes, we added a cafe, so people have a place to come and hang out to try the coffee.

How has the coffee changed?

We have better coffee. Better quality.  We’re getting stuff from Sumatra and India.  There is also this microlot from Honduras coming in.  About 100 farmers went in on a co-op, and the farmers have been producing better and better coffees to the point where this year they picked about 20 of the best lots and they were offered as microlots instead of being blended together at the co-op. We decided to go with Finca las Tres Marias, which means the Farm of Three Marias, run by these Honduran sisters. [It is Fair Trade and Organic, from the Marcala region in Honduras, the COMSA coop (Café Organico Marcala, S. A.), and it is Pache and Catuai grown at 1580m (5,184 ft) above sea level, a modified, Kenyan-style washing process with a period of dry fermentation followed by one of wet fermentation, causing a rich, fruity, cup] That’s going to be in the MGFD blend pretty soon.

Are you still roasting on the Diedrich IR?

What’s changed about coffee in Miami?

No, what? What year was that?

1991. And it was really bad coffee, disgusting, but I drank it about every five minutes. Everyone you saw- it was, “AY, you want a coffee?” (that’s in a Scarface/Goodfellas mixed accent) 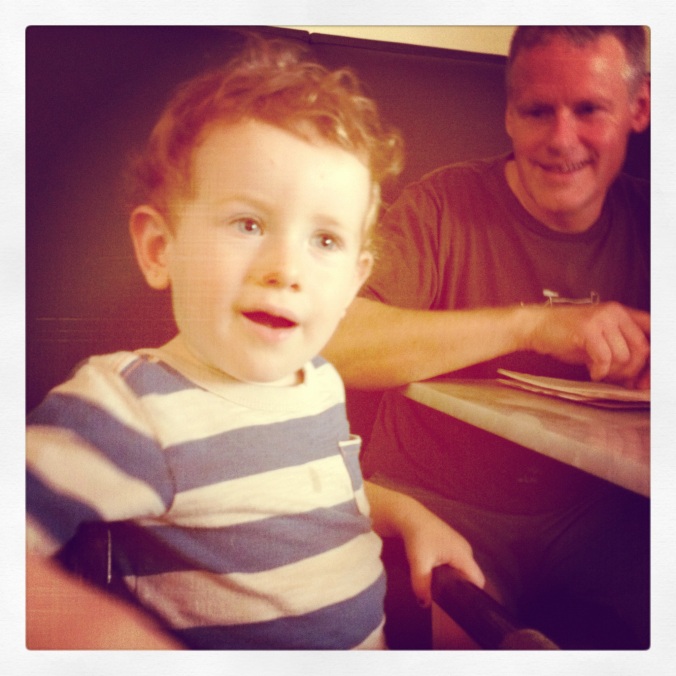 The interview digressed from there, my note-taking digressed from laughing too hard, then Michael made me back off so the chefs could reminisce and talk shop for a while.  John circled back however, and had this last message to deliver.

“Here’s the thing about coffee.  Coffee is about people.  Everyone remembers the most memorable cup they ever had, it’s related to some place or event, go ahead think about it, the best cup of coffee you ever had.  You never forget a good cup of coffee.”

Or a good coffee roaster.  Thanks Roos.  Favorite coffee you’ve ever had? Talk amongst yourselves.