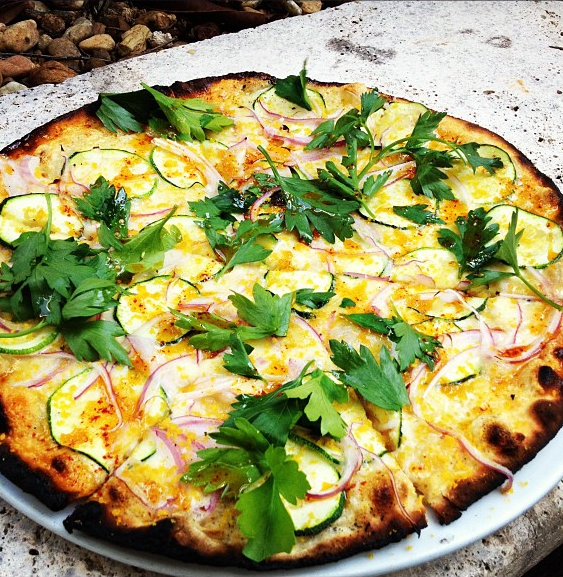 Murals dating back to the tenth century B.C. depict fishermen engaging in the traditional procedure of making bottarga. Since then, the pressed dried fish eggs have become a staple of Mediterranean cuisine. Most often associated with coastal Italian fare, primarily of Sardinia and Sicily, the cured roe has also been dubbed the “Caviar of the Mediterranean”.

Cortez Bottarga, a subset of the Anna Maria Fish Company in the central Gulf Coast of Florida, is the first in the United States to produce the product for international consumption. In the past, Gray Mullet roe from the Gulf of Mexico was exported to Europe or Asia to be cured and aged. Now, Cortez Bottarga is a local source for a fresh taste of our very own version of this so-called “caviar”. And it’s hand-made, much like it was thousands of years ago.

Founded by Seth Cripe, a Florida native, the company is primarily dedicated to supporting local fishermen, increasing the economic development of the Florida gulf region and sustaining the ecological health of its surrounding marine life.

But Cortez Bottarga differs from other sources because it’s a more delicately flavored product. Bottarga can generally be attributed to two varieties: tuna (bottarga di tonno) or Gray Mullet (bottarga di muggine). Gray Mullet bottarga is less brash, with a reddish orange hue, and boasts a subtle flavor and color.

The fishermen for Cortez Bottarga use hand-thrown nets, and the fish are taken to dock within a few hours of being caught (roe season for Gray Mullet is primarily in the winter). The mullet is then cleaned and the plump golden roe is cut. Then, the roe is quickly cured with kosher sea salt. Pressed, dried, and ready to go, Cortez Bottarga does not age its bottarga. Instead, the entire process  only takes a couple of days. This prevents oxidation and also encourages its characteristic flavor.

Michael was turned onto to Cortez Bottarga by chef Vinny Dotolo and Jon Shook of Animal and Son of a Gun restaurants in L.A. when they popped at Harry’s Pizzeria in May.  Chef de cuisine Bradley Herron placed his first order a few weeks after and since then has used the gray mullet bottarga in dishes such as linguine  shrimp, leeks, and seasoned bread crumbs, and the wood oven pizza above with zucchini, red onion, fontina, chili oil and parsley. Finished off with the cured roe for that certain sea salty something, it’s a pizza topped with what we could now proudly call our very own “Caviar of the Gulf Coast.”  But Brad took it one step further, paying homage to how its been done since the beginning, and began making his own. Look for special pastas and seafood dishes laced with the creamy, housemade version done with snapper roe on dinner menus to come.