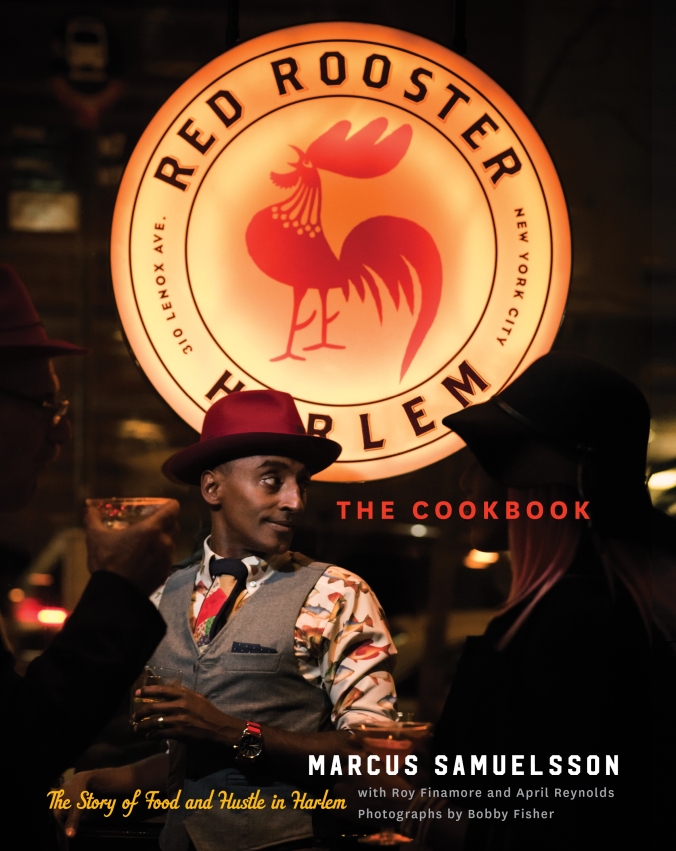 A relaxing Sunday full of soul is coming to Cypress Tavern as Michael welcomes chef Marcus Samuelsson to celebrate the debut of The Red Rooster Cookbook: The Story of Food and Hustle in Harlem with a special brunch!  Join us November 13  from 11-3 pm at our American Grill & Cocktail Bar in the Miami Design District by making a reservation here or calling the restaurant at 305.520.5197.

Conjuring the familiar scenes and smells of Spanish Harlem, to the soulful comfort of Southern food with its layers of flavor and history, chef Max Makowski and the Cypress team will highlight a selection of delicious dishes (and we hope cocktails!) from the New York Times best-selling author’s iconic Harlem restaurant, as featured in the cookbook.  Copies will be available for sale on-site, along with an author eager to sign them!

The Red Rooster Cookbook is more than a volume of recipes; it’s a celebration of the delicious result of diversity, with music woven throughout and sections prefaced with a playlist by theme (El Barrio, Sunday Jazz, Family Meal…)  Pages that juxtapose historic and contemporary Harlem reveal the essence of Marcus and his approach to cooking: that food and community are one in the same, inseparable and forever bound by tradition and the fabric of people that care for it.   Sharing a moment with his friend and Jazz band leader Nate Lucas (whose Nate Lucas All Stars have a regular gig on Sundays at the Red Rooster), the chef also describes this music’s place in Southern foodways, or the cultural, social and economic intersection shaping food traditions.

Experiencing this music makes me think about the connections between jazz and Southern food. Both travelled north and were transformed. Both come from a deep tradition of what it means to riff on what you think you know. I listen to “Bitches Brew” and think gumbo. It’s a dish that can be a fridge cleaner or can break your piggy bank if you let it. Onions, bell peppers, shrimp, tripe stirred into the patience of a whiskey-colored roux.  Like me, Nate knows what it feels like to play and improvise; to feel scared and arrogant at the same time.

The Breakfast, featuring shiro (an Ethiopian stew made with chickpea flour), candied bacon, grits, and a poached egg with a golden yolk to run into everything (credit Bobby Fisher)

When he opened Red Rooster on Harlem’s Lenox Avenue, Marcus envisioned so much more than just a restaurant. He wanted to create a gathering place at the heart of his adopted neighborhood, where both the uptown and downtown sets could see and be seen, mingle and meet – and so he did, in a big way. Ever since the 1930s, Harlem has been a magnet for more than a million African Americans, a melting pot for Spanish, African, and Caribbean immigrants, and a mecca for artists. Named after a historic neighborhood speakeasy, the modern Rooster reflects all of that, from the local art showcased on its walls, to the live music blaring from its performance spaces, to the cross-cultural food on its patrons’ plates and the evocative cocktails in their hands.  Sounds like a perfect way to spend a Sunday.  We can’t wait to bring this spirit to life at Cypress Tavern!  Follow along @marcuscooks and #redroostercookbook for the latest!

When we say this book has cocktails… (credit Bobby Fisher)