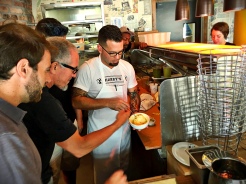 The fun began in July when Michael and Mark first tested the Shack-cago Dog mashup now known as the Shack-ago Pizza.

Crust for bread… not that far fetched!

Calling all starving artists!  Fuel your art-going hunger next week as creatives across the globe descend on Miami for our cultural enjoyment with a little collaborative work of our own.  Join Shake Shack® and Harry’s Pizzeria® from Monday, November 28th to Sunday, December 4th as we swap some of our most popular menu items for reimagined, limited edition offerings available exclusively in South Florida.

“We’ve never collaborated with a restaurant in this way, and we’re so psyched to be doing it with Harry’s Pizzeria,” said Mark Rosati, Shake Shack Culinary Director. 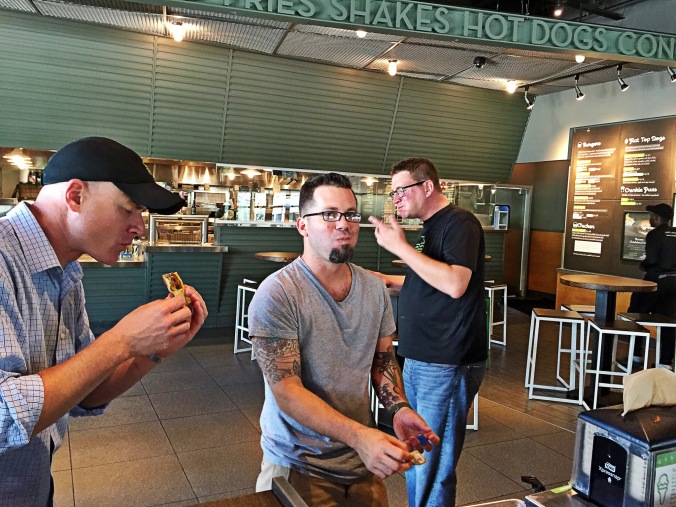 Speechless Harry’s Coconut Grove Chef Danny Ramirez with Erik Hugley (back right) at the Coral Gables Shack over the summer, testing out a few of Chef and Mark’s ideas for the Harry’s menu item.

What began as a festive chat at Chef’s House Party over February’s South Beach Wine & Food Festival quickly escalated into action.  Mark was game immediately and the ideas percolated over email. He flew down over the summer to experiment — the decision made itself.

“Chef Michael and I both share an appreciation for the artistic and whimsical elements of food,” he continues.   “So it’s only appropriate to debut this menu swap during the biggest week for art – and the busiest of the year – in Miami.”

It’s been a great experience for Michael and the team on a few levels — the obvious being getting to create in the kitchen, the best and most fun part of being a chef!  And as a growing restaurant group, with the expansion of Harry’s in particular, these kinds of opportunities to learn from respected brands like Shake Shack are key for us to become better as we grow.  And you get to reap the delicious rewards.  Join us next week! 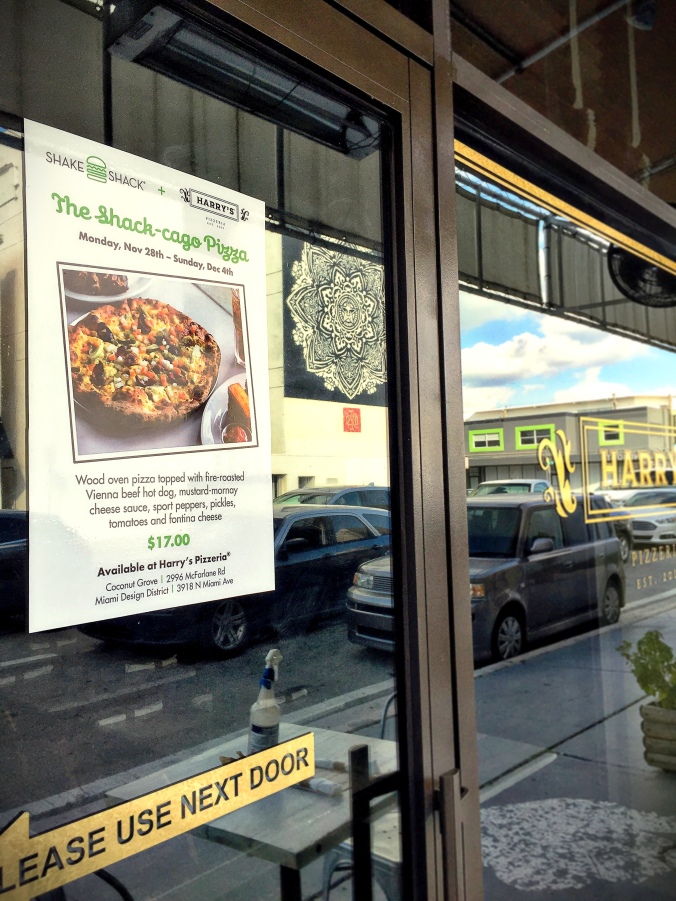