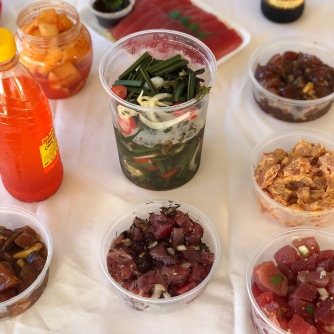 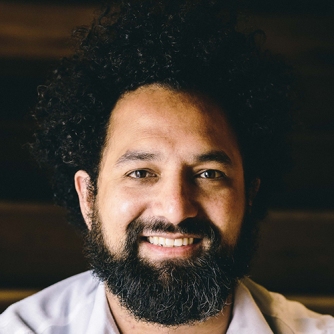 Ravi Kapur has strong feelings about poke. As he should.

“In Hawaii it’s kind of… Well, it’s really a treat,” Ravi explains. “It’s not this mass-consumed, everyday thing necessarily, because really poke should be pretty expensive if you’re using high quality fish. For me growing up, it’s a celebratory thing.”

At now 3 year-old Liholiho Yacht Club in San Francisco, this Oahu-born chef not only takes inspiration from his Hawaiian-Chinese-Indian roots, he takes them quite seriously.   Right off the bat this was pretty clear, even as we stole just few minutes in between phone tag on Wednesday.  There’s a sense of responsibility that informs his approach.  I have neither been to Hawaii nor eaten in his restaurant, but I have read Kapur is a chef-owner known for his cool, collected demeanor in the kitchen.  Schwartz had a great meal there. I get the feeling this attitude is an expression of the strength of his intention, to cook with principle and represent his culture correctly and with confidence. 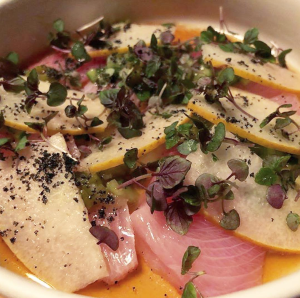 This means something to Kapur, that he stand for something and that his expression is one true to his identity as a Hawaiian.  We can relate to this — MS also stands for something, and akin to that.  It’s about quality and doing it right, or not at all.  This is in part why I began our conversation with poke. To poke a nerve.  With the relentless stream of DIY, paint-by-numbers, flavor-of-the-moment poke shops UberEatsing on my Miami doorstep, it’s also hard to ignore.

“The most important element for me is that the fish is extremely fresh and you let that flavor shine without covering it up with too many seasonings,” he continues. “The traditional version would not have soy sauce.  It would be Hawaiian salt, and sweet onion, and inamona or ground kukui nut.“

From there he explains it can be embellished, which is fine, with a measured hand, as with most things. Seaweed, sure.  Still no seasoning though. You take this highly perishable product and then need to mask it when it’s inferior.  Often, when it’s about preserving meat or fish, something common all over the world to extend a product’s lifespan — typically out of necessity — it can be quite good.  But it’s transformed.  It’s no longer the thing it was.  For true poke, if you are using good quality there’s just no way it even can be mass produced — which is basically the benchmark for what my exposure has been to date, fast casual-style.  It becomes more about what you are putting on it, than what it is.

“I popped in one day to one of these places, because I’m interested in how they operate, how it flows,” Ravi explains.  “I understand the model, how this came to exist, but I’ll never do it because it’s in direct conflict to what I believe poke is.  I can’t wrap my head around culturally appropriating things for profit.  You won’t find sesame oil in traditional poke. I use some, but for me it’s always going to be all about the fish.”

The fish is Ahi traditionally, but now you can find all types, like Striped Marlin and large bill fish. It’s more sustainable too.  Ravi admits he just got back from Maui, and even there, there is a range of quality. Previously frozen… unknown origins at the supermarket. The place he goes to now, Kaohu store, will run you about $17, 18, 19  a pound. 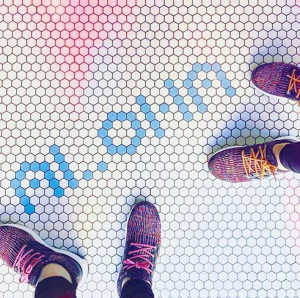 I don’t know about you, but I need my own #alohafloorselfie moment.

Ravi won’t know what species will greet him when he walks into Michael’s Genuine® on Thursday February 22, but he knows it will be fresh and that will produce the best first course on the plate whether it’s Cobia, Golden Tile or Little Tuny.  And there’s pork too, another ingredient that connects our food cultures.

“Absolutely. It’s pretty much pork all the time,” Ravi says.  “In the late 1800s, ranching formed a big part of the economy but beef is more expensive.  Pork is for everyone and it can be great and flavorful – it just depends on the pig and who’s raising it.  I’m doing something off the shoulder.  I like roasting those cuts and still having a little bite to it, so you can taste the meat. Some accents, of course, like chili honey rub for a little sweetness and spice.  I don’t think I told anybody, but I’m also bringing something else with me.”

We’re not giving that one away.  You, co-guest chef Derek Damman and hosts Michael and Tim will just have to squirm.  Now isn’t that cause for celebration? And some poke!  Find out for yourself.  For tickets and menu, visit sobefest.org/michaels.